Get a free moving quote

India’s Largest and Most Awarded Movers

Agarwal Packers and Movers Ltd is a globally recognized logistics company since 1987, for imparting excellent packing and moving services. We have designed our services proficiently to meet the maximum customer satisfaction, and rendered them in such a way that comes out high on the expectations of our clients.

A MOVING SOLUTION THAT ASSURES

What We're Serve to

Agarwal Packers and Movers Ltd. offers unrivaled domestic relocation services as per your specific needs and requirements. We make sure that your household shifting to and from any corner of India is absolutely hassle-free by deploying our distinctive and brilliant moving techniques. 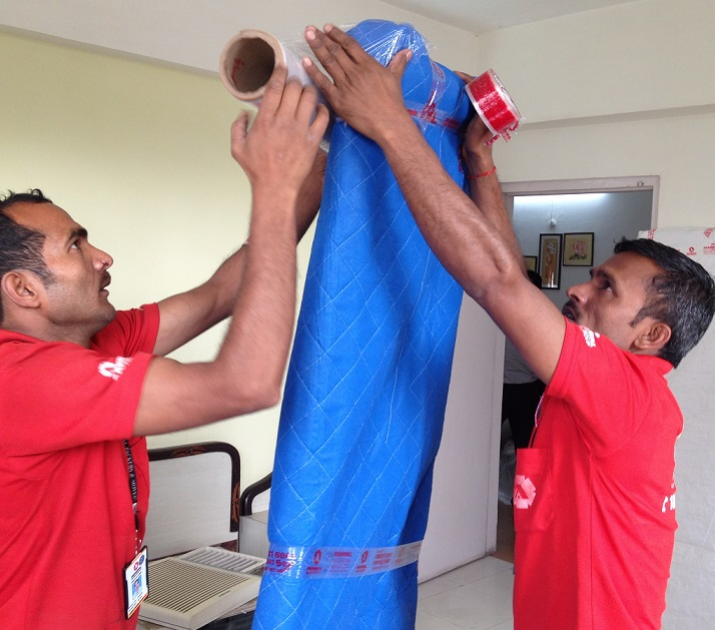 We are the fore-runners in packing and moving business since our establishment thus, offering matchless and effective moving services in the household sector. 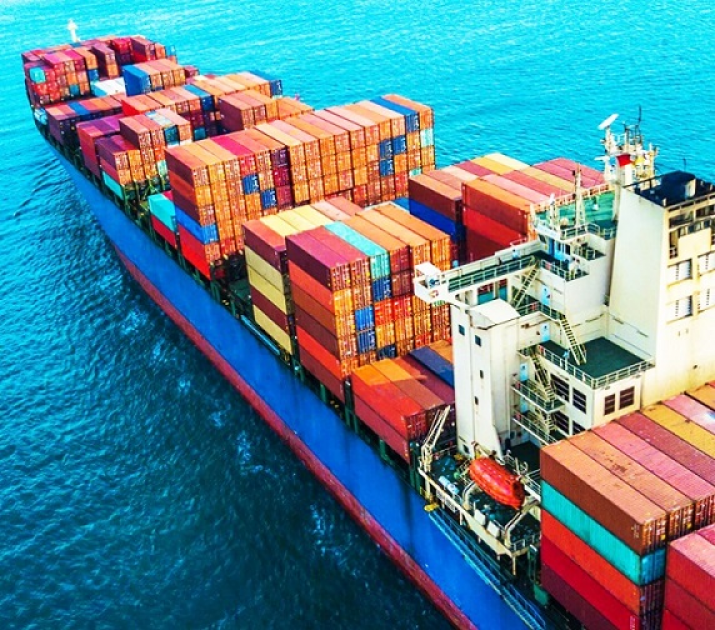 Being the world’s most trusted international removal company, we have been rendering our expertise in overseas moving from past 33+ years. 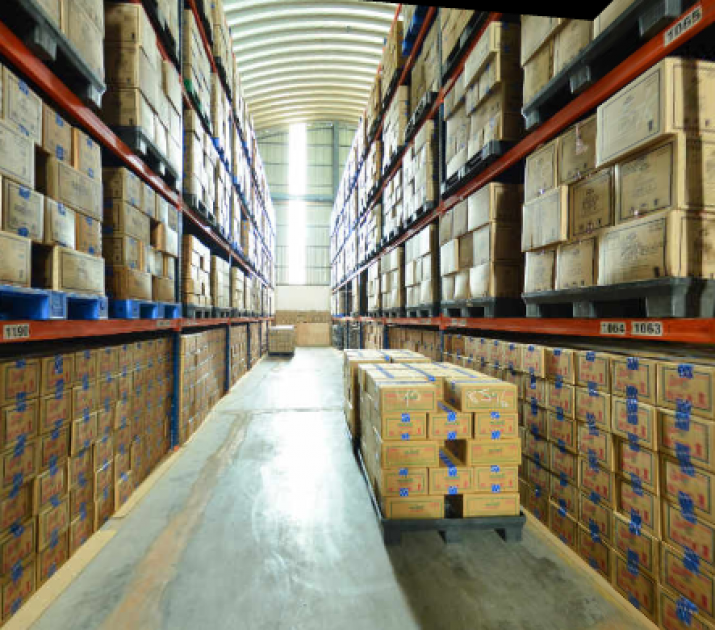 For individuals or families who are looking to store their precious possessions at their origin or destination place, we offer short and long term storage options. 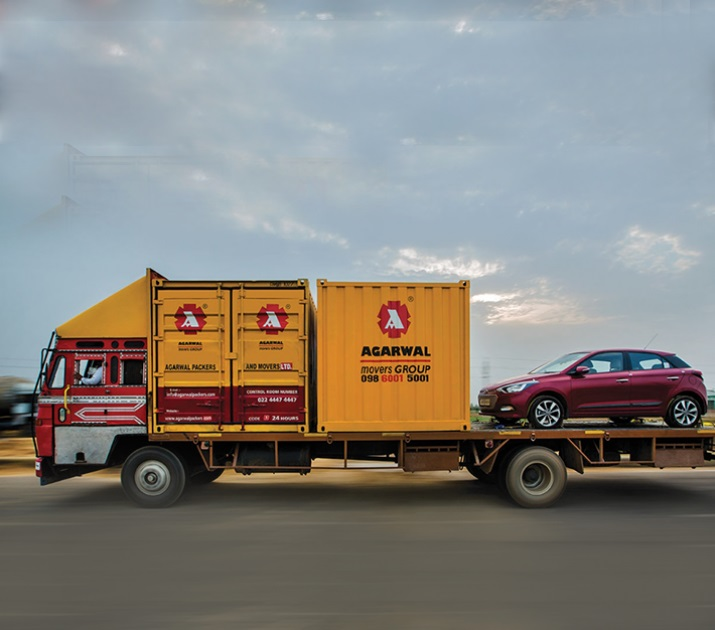 We are one of the reputed brands in the country offering reliable car transportation services to every destination with assured safety and security. 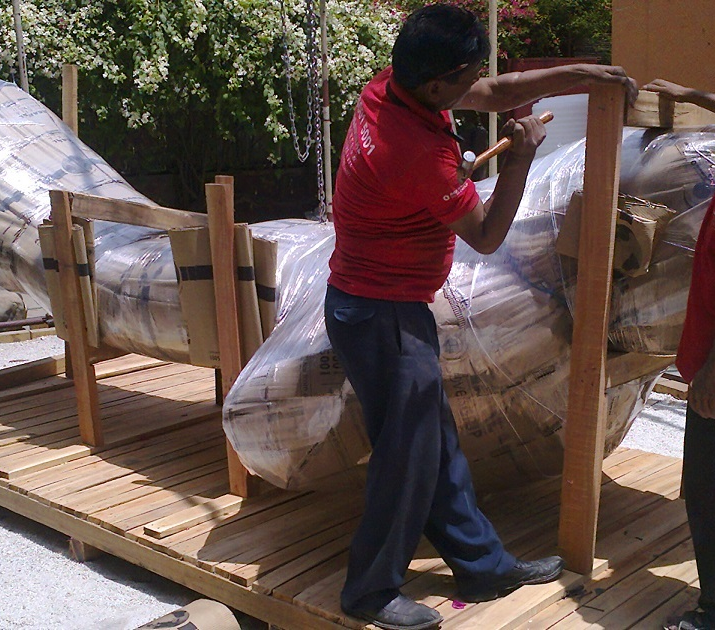 We are highly acclaimed movers and packers having proficiency in relocating your sculptures and fine art works in a hassle free manner.

We are trusted by numerous organizations worldwide for offering the unexpected commercial moving services. We ensure that our corporate clients attain peace of mind while relocating their business to and from any place. Our simplified approach includes thoughtful planning, expert moving assistance, clear communication, and punctuality so that our clients never get disappointed on hiring us as their commercial moving partner. 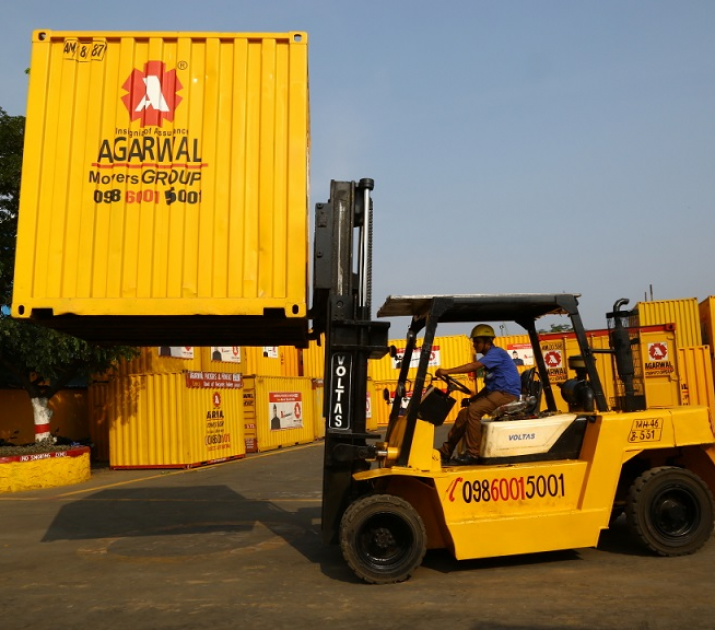 We are pioneers in offering third party logistics and supply chain management solutions to maintain the profitability of your business. 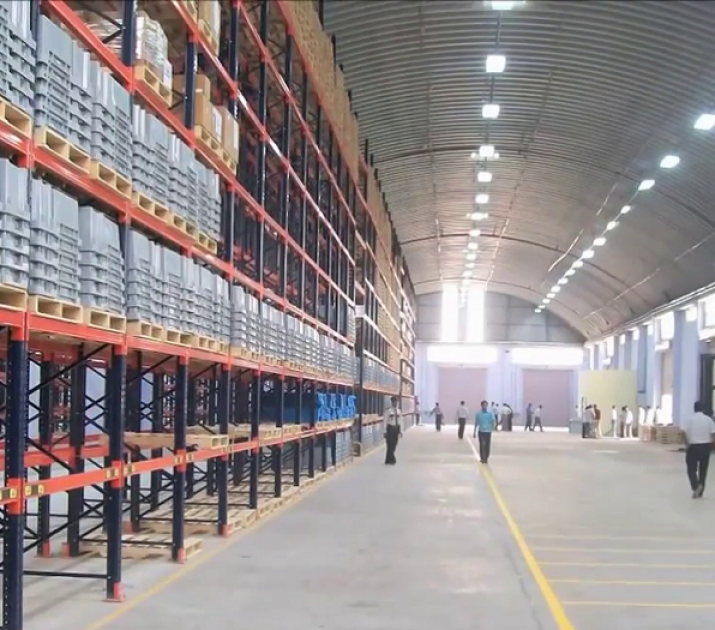 By knowing and understanding your storage related needs, we provide A Grade (box) warehousing services including predominantly transportation and distribution facilities. 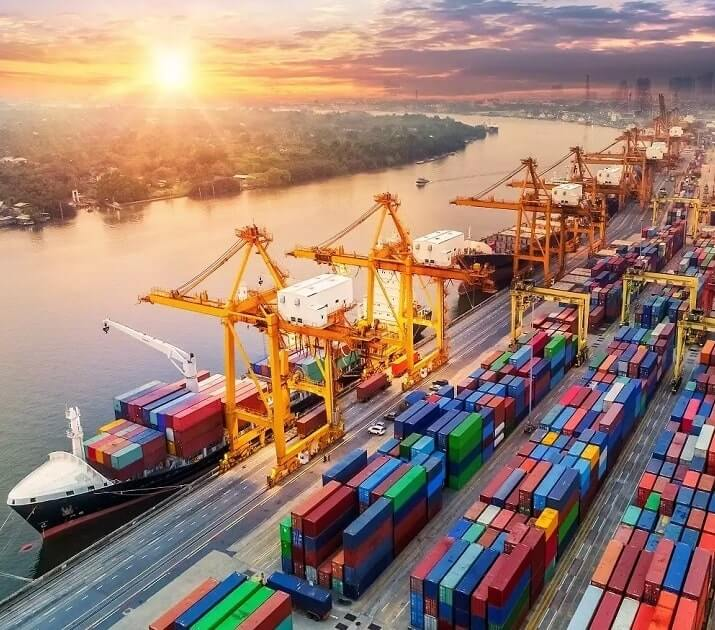 We employ our specialized team from Exim Division to provide high-quality and budget-friendly cargo services every time to meet the customer’s expectations. 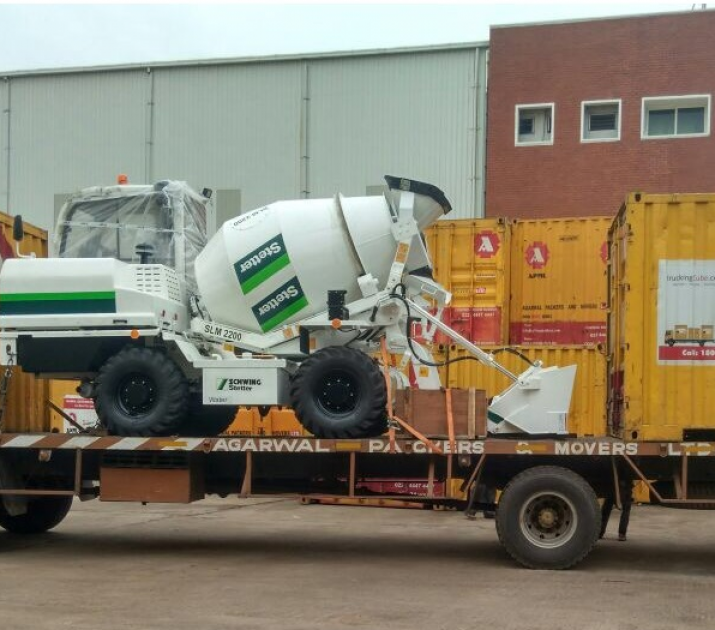 Owning the huge fleet of GPS enabled vehicles and best handlers of ODC, we provide progressive relocation services to our patrons at budget friendly prices. 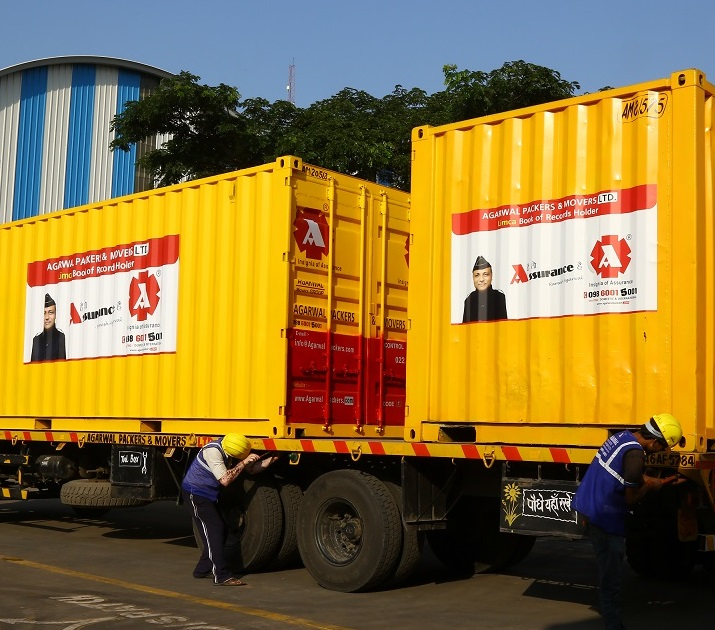 In order to meet your business’ transportation requirements, we are the one-stop solution to perform all your day-to day logistics and transportation services efficiently. 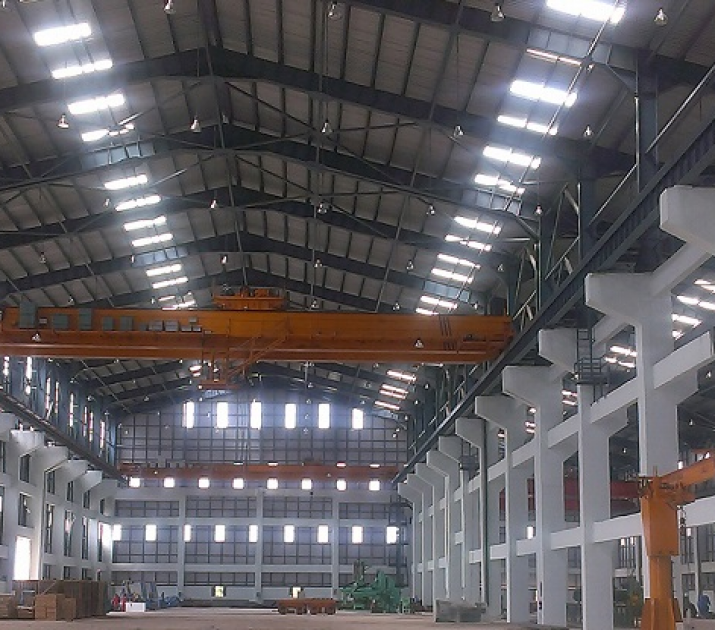 We provide Roof Tech and Infrastructure Services for many functional domains like commercial, agricultural as well as for many industrial groups like warehouses, godowns, and large sheds.

What Makes Us Unique?

We Always Deliver More Than Expected

With the aim to revolutionize the transportation industry, we have devised an out of the box concept known as 'Trucking Cube' (Container). It is your very own private space that holds your valuable goods with utmost care and security. These cubes are available in various sizes to address distinctive logistics requirements of our clients. Furthermore, you can opt for your perfect cube as per the size of your consignment and secure it by putting your personalized locks. 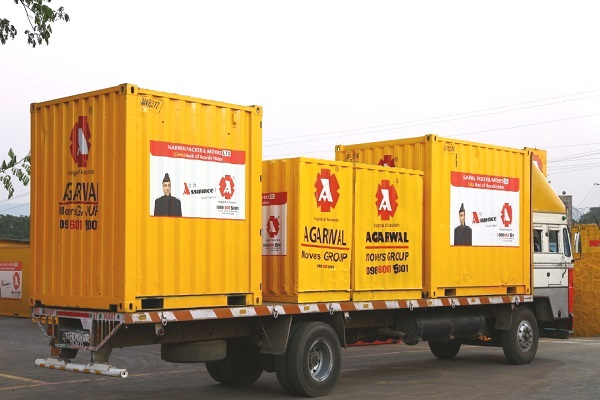 It is from our continuous research and development, we have come across many cases where customers face many problems while packing and moving their LED/LCD T.V. Therefore, we incorporated Special LCD/LED Screen Cases in our packaging materials that provides double security to protect your high-end LED/LCD T.V. from any external harm. 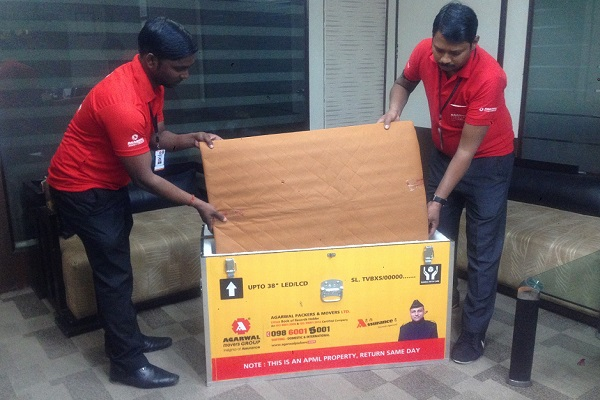 By knowing the fact that happy and satisfied customers are the major priority and biggest asset of our business, we have evolved our process of packing and moving your delicate goods by designing a strongly structured box, named as Perfect Box. These water- resistant boxes have edges over cartons and sealing cover, making it more robust, durable and capable to absorb damp shocks too. 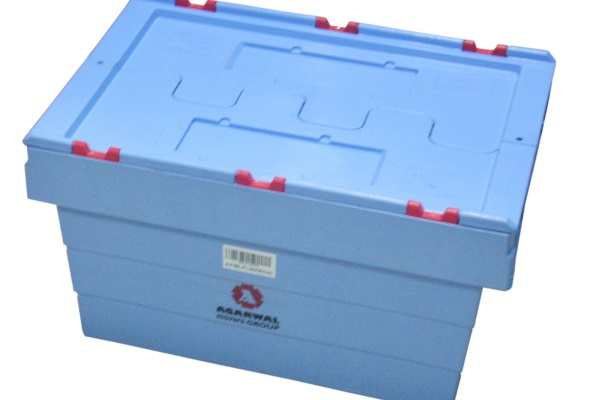 We have researched a lot to take the quality of our packing material to a next level and finally introduced the Fabric Sheets. Unlike regular packaging sheets, they are re-usable, water-resistant, shock-absorbent, cost-effective, and durable. These foam-embedded sheets safeguard your delicate goods from any external harm during the transportation process. 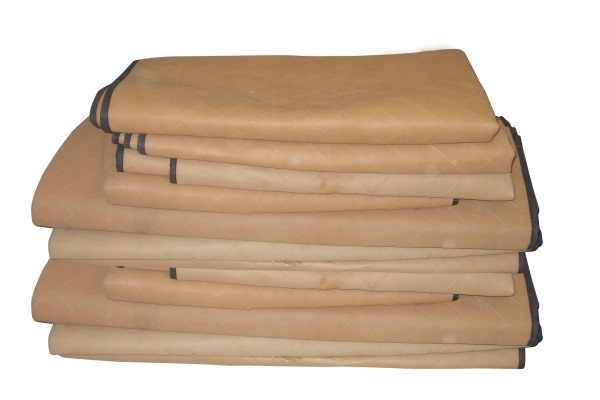 With an expertise of more than 33 years in packing and moving business, we truly understand our customer's emotions associated with their vehicles. Thus, we devised shock resistant Bike stands that are attached to both the tyres of your bike, ensuring secured delivery at your destination place. 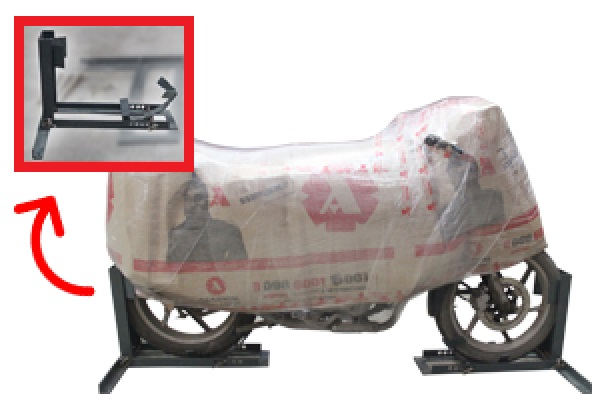 Now you can relocate your beloved pets and well-nurtured plants in more specialized way. We have dedicatedly designed ventilated cabin for the movement of plants. Simultaneously, we relocate your loving pets by housing them in spacious, airy and comfortable yet safe cages. 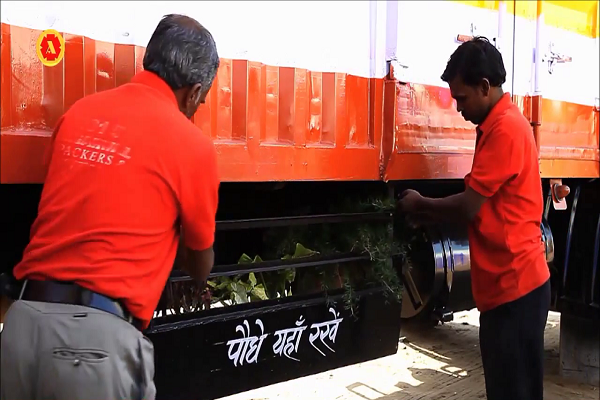 Over time, the company grew with experience, core competence, and confidence and established itself as one of the India's largest household transportation companies. The company’s name was soon changed to Agarwal Packers and Movers Limited. It had a fleet of over 1,000 vehicles, 80 company-owned offices with headquarters in New Delhi. It was an ISO 9001-2008 certified organization with a turnover value of over INR 3,820 million in 2013-14 and aspired to reach INR 20,000 million by the year 2020. It employed 1,173 employees at payroll with more than 4,000 people attached indirectly with the company. It was amongst the only four companies in India to be certified by ISO 39001:2012, which attested their contributions in road traffic safety. In 2012-13 APML was registered in LimcaBook of Records for transporting household goods of 61,302 clients. The core values of APML were Aastha, Apnapan, Awesome, Aspiration, and Assurance. 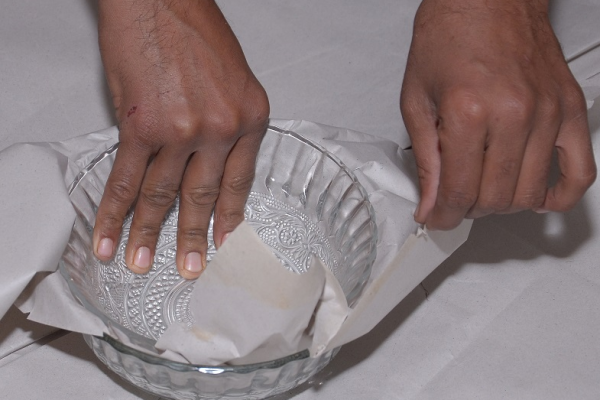 Agarwal Packers and Movers Ltd. is a trusted relocation brand in India, who promises to take all the responsibilities of your move for a hassle-free experience. From packing at the origin place to unpacking of goods at the destination, we’ll be with you throughout the process to support and take care of every relocation activity. You’ll get numerous benefits on hiring us; some of them are discussed here: 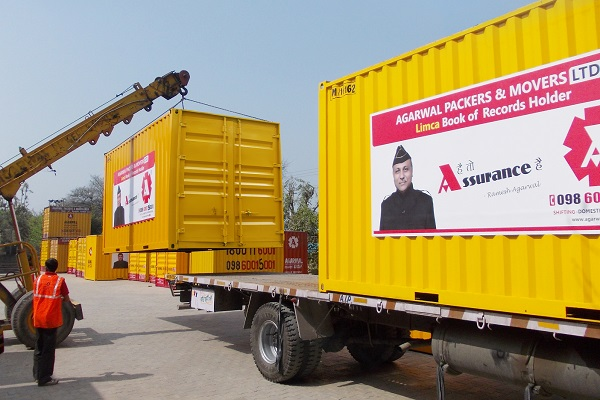 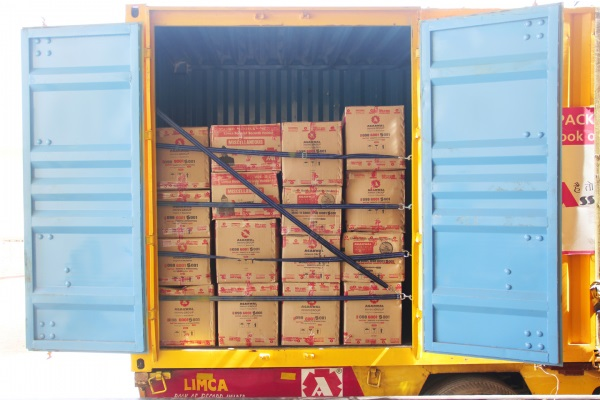 APML possess well-maintained, fumigated and secure warehousing facilities for ensuring smooth transition of goods from one location to the next. Providing safe storage space to the valuable belongings till these are delivered, our well managed services are made available for all places that are supported by our branch/network. Further, for longer duration, safekeeping of the goods, we also provide the warehousing services on a fixed rent on monthly/ fortnightly or weekly basis as required by the customers. This provides our customers, ease of reclaiming their consignment as per their time schedules. The secure surroundings of the warehouse from both inside and outside assure clients about complete safety of the shipped products. 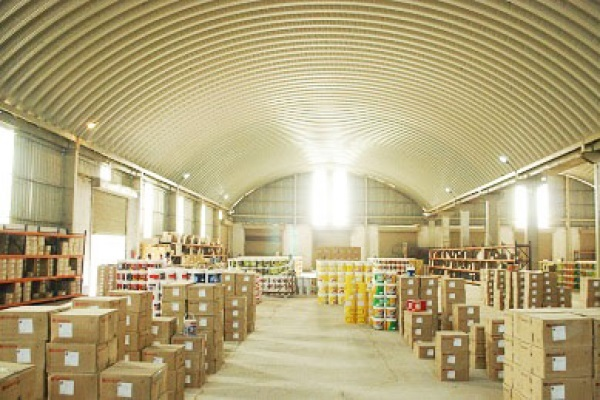 Opt for
APML Warehousing and Storage

Need to file
a claim?

Get in touch with us!

On 12th Nov, 2019 at New Delhi, Shri Nitin Gadkari (Hon’ble, Minister of Road Transport and Highways of India) in discussion with Mr. Ramesh Agarwal (Mentor, APML) on major issues for the betterment of truck drivers of India.

Your team very carefully and meticulously packed all items and got them transported safely to two destinations. This is to acknowledge the superb service rendered by your company. 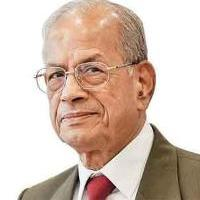 Principal Advisor
Delhi Metro Rail Corporation Ltd
Relocated From NEW DELHI TO KERALA
In one word – it was excellent and I was very surprised with the packing technique they used. I’ll rate them 10 out of 10 and I have been referring their services to lot of my friends and they are equally satisfied. 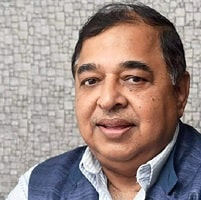 Dy. Managing Director
State Bank of India
Relocated from Mumbai to Ranchi
I convey my appreciation for the prompt service and efficiency shown by your company in transporting my household furniture. I was particularly impressed by the courtesy and customer friendly attitude of your staff. Allow me to wish you all the best in your efforts. 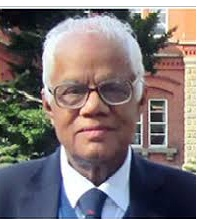 TVS Motor Company Limited
Relocated from New-Delhi to Bangalore
I am happy to testify the diligent and courteous services provided by M/S Agarwal Packers and Movers in shifting my residence. I particularly appreciated the care and professionalism with which all the items were shifted. 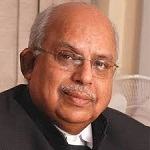 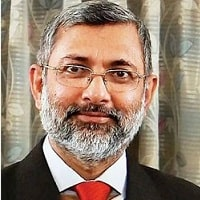 Judge
Supreme Court of India
Relocated from Delhi to Kerala
The staff of Agarwal Packers & Movers Company and the Chairman in particular have rendered outstanding service which is both efficient and polite. I wish them success. 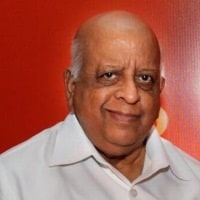 Former Chief Election Commissioner of India
Election Commission of India
Relocated New Delhi to Hyderabad
I am happy to state that the M/s Agarwal Packers and Movers Ltd have done their work extremely well and the belongings have been transported safely. The response of company has been excellent and the approach was very customer friendly. 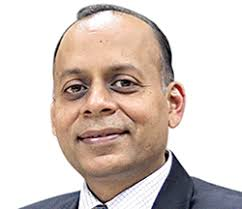 IAS, Director
Ministry of Science & Technology
Relocated from Trivandrum to New Delhi
I work in a service industry too and I can stamp with guarantee that your company is the best and your workforce along with supervisors is asset of your company.

Mr. Sunil Srivastava shared his experience with us and is completely satisfied with the timely packing and delivery done by Agarwal Packers and Movers Ltd. from Mumbai to Ranchi and said that the workforce along with supervisors are the assets of our company.

Ramesh Agarwal, Founder Agarwal Packers and Movers Ltd. in an exclusive conversation with BW Businessworld discusses how APML Saathi Scheme that was launched in Feb 2018 is providing social and economic empowerment to ex-defence servicemen through entrepreneuerial scheme. The initiative is taken along with Ybrant People and AWPO by giving 10 trucks to Ex-Serviceman.

India's leading logistics player Agarwal Packers and Movers Ltd. (APML) has opened its first international office in Singapore to facilitate relocation of homes both within the country and across the globe. The Singapore operations would be spearheaded by Abhishek Raj singh who has been with the group for the last seven years presiding the Indternational Division, the company said in the statement.

Agarwal Packers and Movers Ltd, India's biggest relocation company by volume (83,000 relocation assignments in FY16) is seeking a strategic partner to sacle up its business, a company official said. The company, which is also a leading player in the transportation of high-value goods like pharmaceuticals, electronics, food products, is planning a Rs. 500 crore initial public offering to fund expansion plans, the official added.

Logistics firm Agarwal Packers and Movers has said it well "very soon" bring on board a strategic investor after meeting certain revenue targets and may go for an IPO in the next three years.The Delhi-based company have also drawn up a Rs 650-crore investment plan for the next three years. "We are waiting for the topline to get better", the family-owned firm's Chairman Ramesh Agarwal told PTI when asked about capital raised plans. 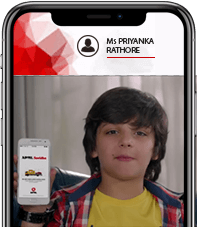 Be a part of our family &
get everything in your pocket